Insights / 10 Restaurants Leading the Way on Automation and Robotics

Everyone seems largely chill about machines in restaurants by now. Soft serve ice cream and cappuccino wouldn’t be the same without machines. Mixing, grinding, and blending by hand would take all week. Over time, once-huge technical leaps have become part of the background hum of the kitchen.

But now, in restaurants, we’re meeting the robots. And suddenly not everyone is so sure that the 'bots are our friends. Will this new generation of machines just handle the scut work, or are they here to take everyone’s jobs? Will they make hospitality a less physically arduous career, or just make workplaces colder and quieter? The future ultimately will be what we make it, and right now, restaurant robots and automation are starting to change the industry in ways great and small.

Robot technologies are maturing at a moment when restaurant labor has become more scarce and expensive than at any time in recent memory — largely because, in a pandemic, it became more dangerous than ever. So it behooves any restaurant operator to at least consider robots as part of the balance of how things get done these days. Automation in restaurants is getting cheaper, faster, smarter, and more reliable by the year.

Will the robots save you money? Will they increase your sales margins? Your mileage may vary. But we can point you to how some restaurants and hospitality chains are deploying robots. Look for these restaurant tech solutions in a kitchen — or at a bar, or on a porch — near you.

The robotic bar Makr Shakr has set sail in eight Royal Caribbean cruise ships, ready to serve you a mai tai with its hooplike chrome hands. These two iPod-white robotic arms pulling down liquor bottles and shaking ‘em up James Bond style is entertaining to watch, sure, but it also handles the crowds. Once the “Bionic Bar” cards you — or scans your ID, whatever — you queue your drink in a list that displays your cocktail, your place in line, and the ingredients being slung. But don’t be squeamish. If you have a weakness for strawberry daiquiris, live your truth. Makr Shakr won’t judge. See it in action here.

When a California mom and pop restaurant was short-staffed, it enlisted the help of Richtech Robotics’ “Matradee.” Picture a droid-esque bot that looks a little like a stepladder on a Roomba, delivering food from the line to customers in their seats. “I don’t have enough employees to be running around food and serving tables,” the owner told reporters. “The robot is running food for me and I load up the robot with dirty dishes, and it takes it right back to the dishwasher.” That’s the entire reason the Matradee robot was created — not to replace staff per se, but to at least take some tasks off the plates (had to!) of understaffed restaurant operators.

Imagined and designed by a quartet of MIT students, Spyce is the first fast-casual eatery in the industry to have a fully automated robotic kitchen. This single-location Boston restaurant does have human “quality controllers” and some off-site prep cooks — and, oh yeah, renowned Michelin-starred Chef Daniel Boulud, who oversees the entire operation as culinary director. Still, humans are outnumbered: Robots make these salads and noodle bowls on their own. Patrons use a kiosk to select their dish, which is then sent wirelessly to the kitchen. Then, the magic: Food is prepared, stirred, sautéed, and plated mechanically before a person finally gets hold of it, as they hand it to you. See it in action here.

Machines have been getting better at commercial bread baking for some time, but Wilkinson Baking Company revolutionized the process with “The Mini Bakery.” Built for everything from small bakeries to large commercial kitchens and grocery stores, the loaf makers mix, shape, proof, and bake. Customers operate it like a vending machine, using a touchscreen to customize their loaves and to order up as many as 10 per hour. The first of its kind, this automated wall of gears and conveyor belts made its debut in grocery stores but is small enough to fit restaurant kitchens or smaller shops as well. See it in action here.

It’s Costco. It’s pizza. What’s not to like? Once one machine smooshes a doughball flat and a cook places it on a pan, the raw dough moves to a “sauce robot” — basically a spigot that glops sauce onto the dough in a tight, shrinking circle. The cook then preps it with cheese and toppings before giving the raw pie to a robotic conveyor belt. You can watch the whole process in the store, then buy a slice for two bucks. See it in action here.

With vending machines and robot baristas, automated coffee crafters have been quietly sliding onto the bean scene. Take for instance TrueBird, which has partnered with local coffee purveyors in NYC to serve high-quality coffees from a single, 20-square-foot kiosk. Dubbed a “fully automated micro-cafe,” the kiosk cranks out drip coffees, espressos, and lattes using a technology to grind the beans, steam the milk, and pour the drink before a trio of circular magnets move the brew across a conveyor belt. It’s a far cry from hospital vending machine coffee, and given its compact design, it can set up shop in essentially any sized restaurant. See it in action here.

In late 2008, you could’ve bought a share of Domino’s stock for under $4. In the summer of 2021, that same share topped $500. What happened? The home of the Noid leaned aggressively into tech. The chain pioneered the digital “tracker” system for its online deliveries, installed artificial intelligence to take phone orders, and launched Domino’s Anywhere, allowing customers to place orders via Amazon Alexa and Google Home. With a test program afoot in Houston, it’s also the ​​first American quick-service restaurant company to launch autonomous pizza delivery, via robotics company Nuro. Once you place your order on the app, Domino’s sends you an access code to enter on the golf-cart-sized pizza van when it drives up. Open sesame! The hatch lifts, and your hot pizza awaits. See it in action here.

Chickens are flying even higher now that ​​El Pollo Loco has taken to the sky. The fast-casual chain has recently teamed up with Goairloco.com to launch drone food delivery in California. If you’re on the restaurant’s app, you can use it to receive curbside pickup. And the chicken chain has robots taking all its phone orders.

Among the first robotic fry cooks was Flippy, which oversaw its first grill at White Castle. Since then, Flippy has migrated to smaller outposts — including CaliBurger, in Pasadena. Created by Miso Robotics, Flippy essentially works as a sous chef that cooks each burger to optimal food safety standards before scooping them off the grill with a spatula. This frees up the human chefs to manage more complex tasks in the kitchen, makes extremely consistent burgers, and cuts down on burns in the kitchen. See it in action here.

Turns out robots are oddly great at making drinks, and a character called DrinkBot is among the best. You use a touch screen to tell it which of its pre-set drinks to whip up (boozy or nah) and come back 20 seconds later, boom, it’s ready to go. The Botrista robot may not have the “Cocktail”-meets-”I, Robot” panache of its cousin on the cruise ship bars. But its refrigerator-with-nozzles low profile means it seems less like a novelty and more like one more appliance getting the job done. See it in action here.

[Photo by Kindel Media from Pexels] 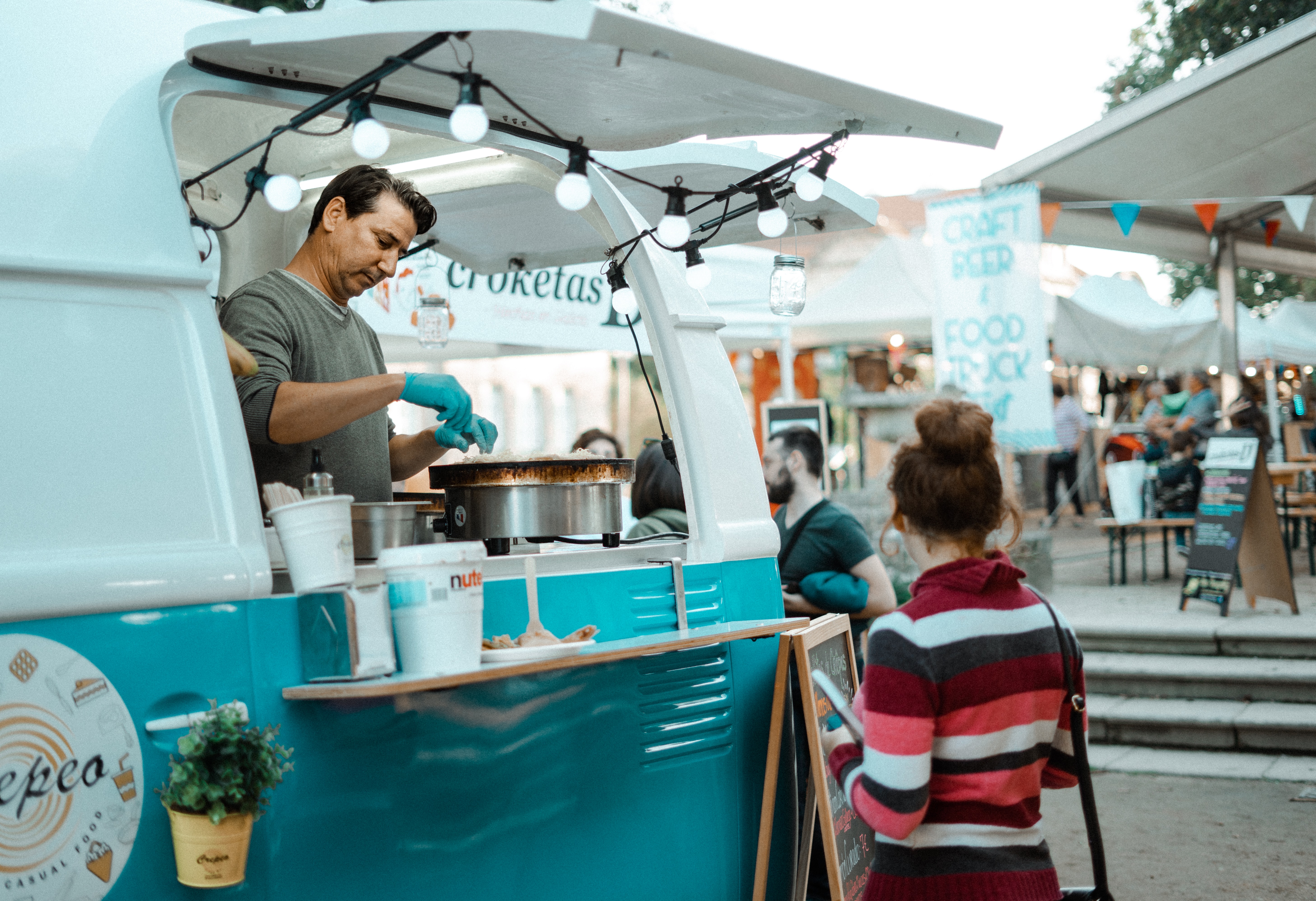 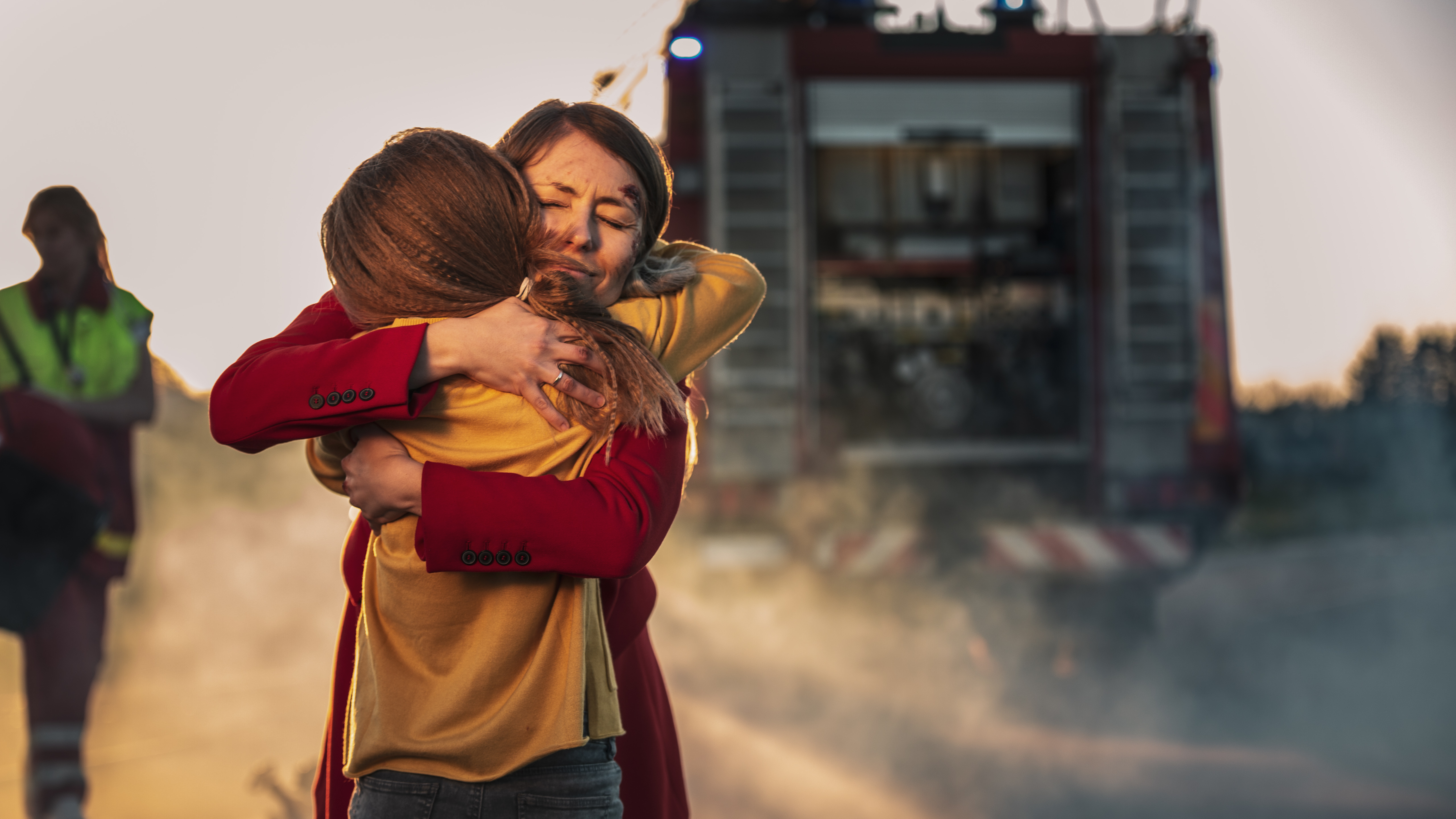